One of the annual bottle of WHISKYFAIR TAKAO 2019. This whisky is distilled from Caperdonach, which is founded in 1898 and closed just over a century later in 2002, Caperdonich is a topsy-turvy distillery notable for having been closed less than five years after it opened, and then successfully revived in the mid-Sixties after over sixty years of hibernation. 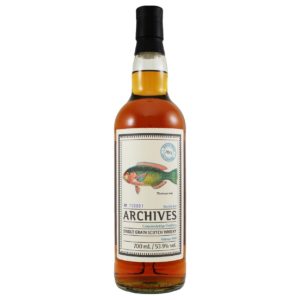